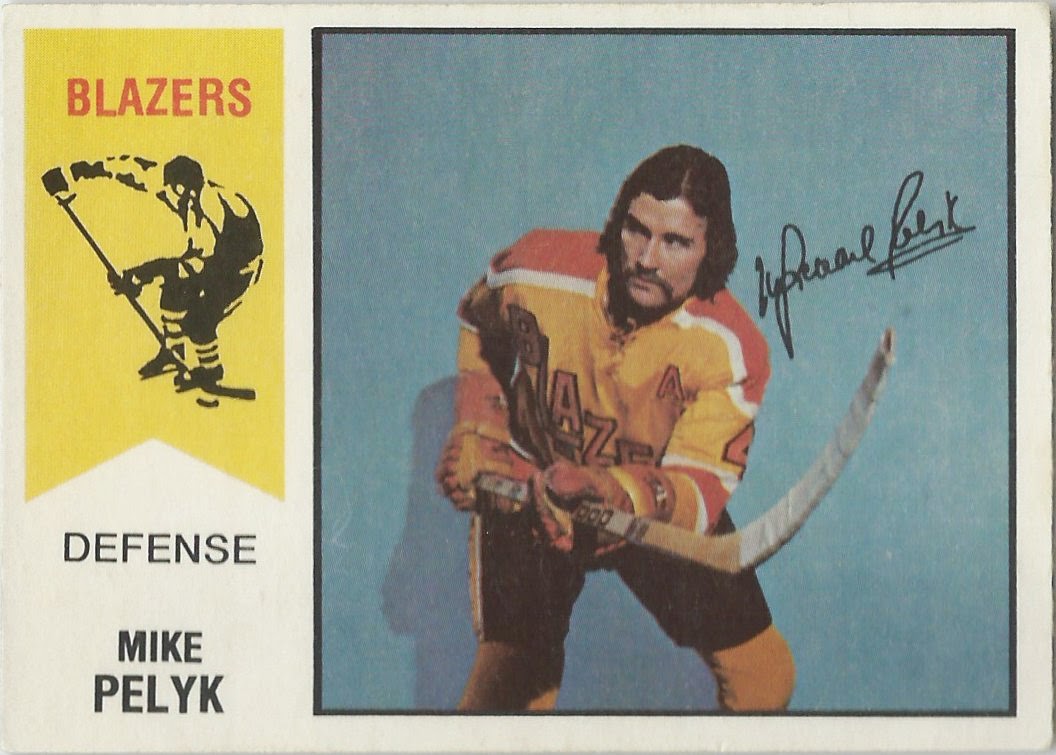 Mike Pelyk was another NHL'er who was lured to the WHA by a hefty contract. Some sources I have seen suggest that he was offered a million dollars to jump to the WHA. I am not sure over how many years that contract was intended to be fore, but in the end he was back in the NHL by 1976 and out of hockey by 1978. 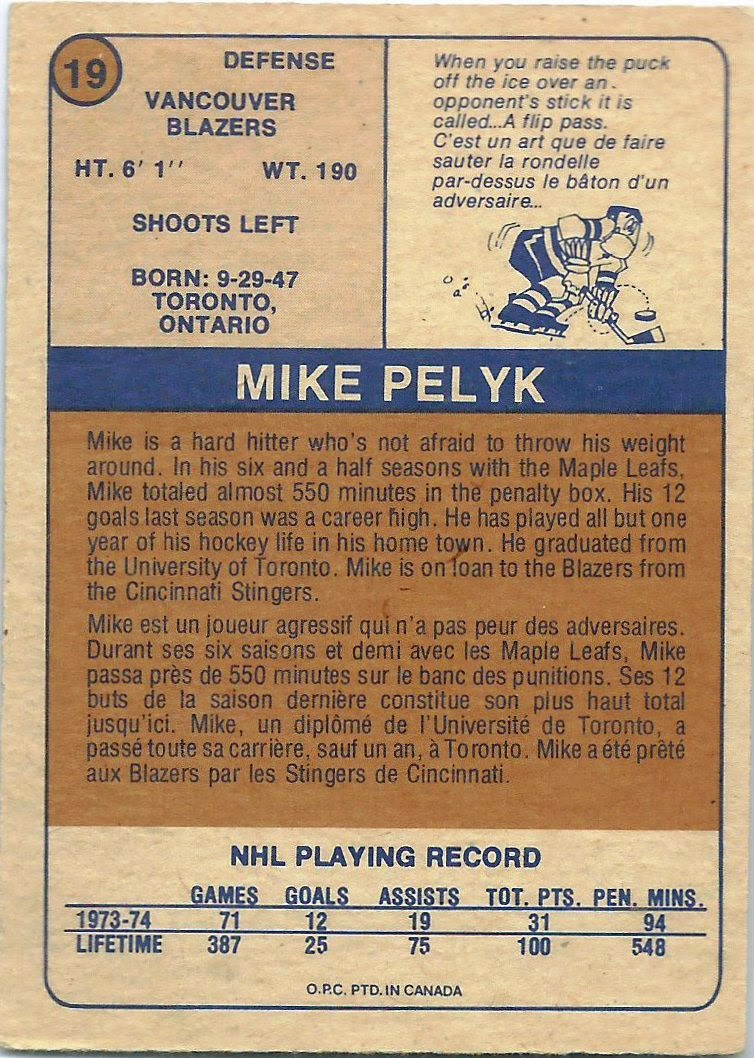 Here is the back side of the card. Apparently he was the property of the Stingers and was loaned to the Blazers. I am curious to know how common these deals were back in the day? Hard to imagine a player like Brent Seabrook or Scott Hartnell being lent to another club in the same league.

Interestingly enough, this card is Mike's only WHA card despite playing two years in the league. Another neat fact is he would only ever appear in one other set after this year and that is the 76-77 OPC set. 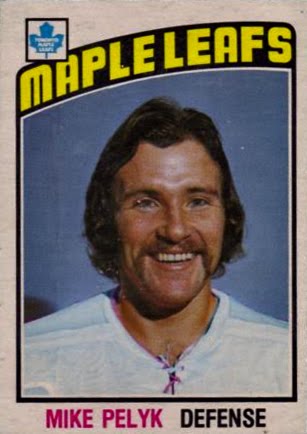 For all interested, here is his final hockey card
Posted by Pro Set Cards at 9:57 AM