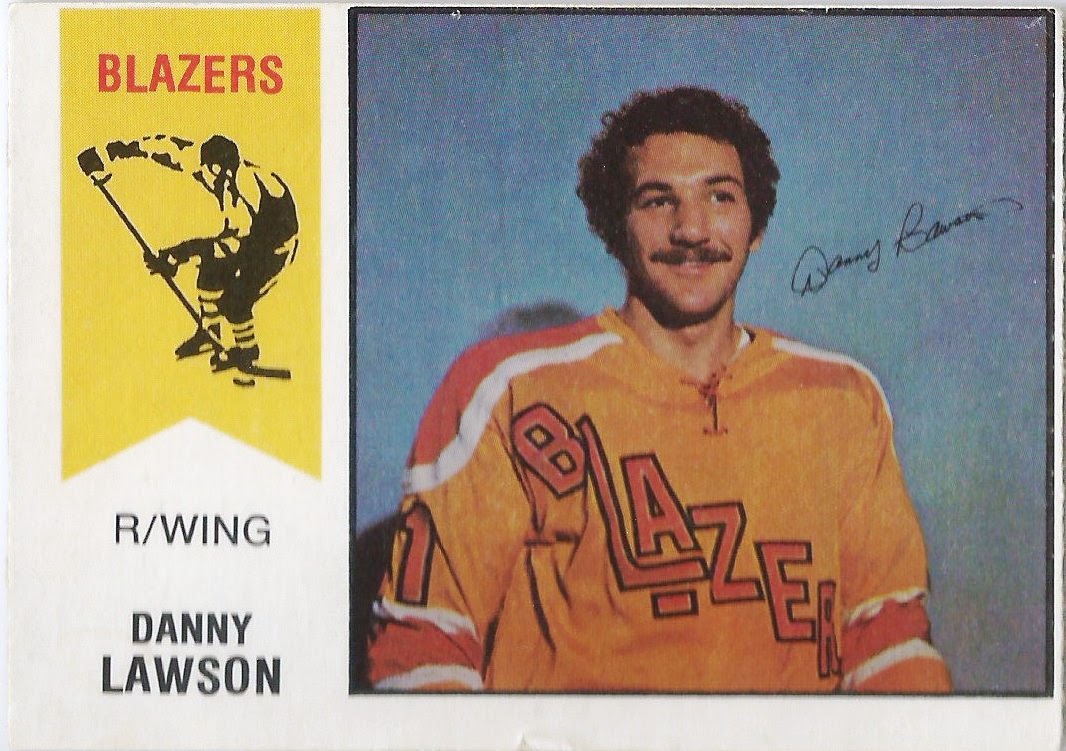 Danny Lawson fans all know that this is his rookie card. People who aren't fans, now know that fact too. Nothing new or groundbreaking with the front side of this card as it appears to look like many of the others in the set but the back holds something interesting. 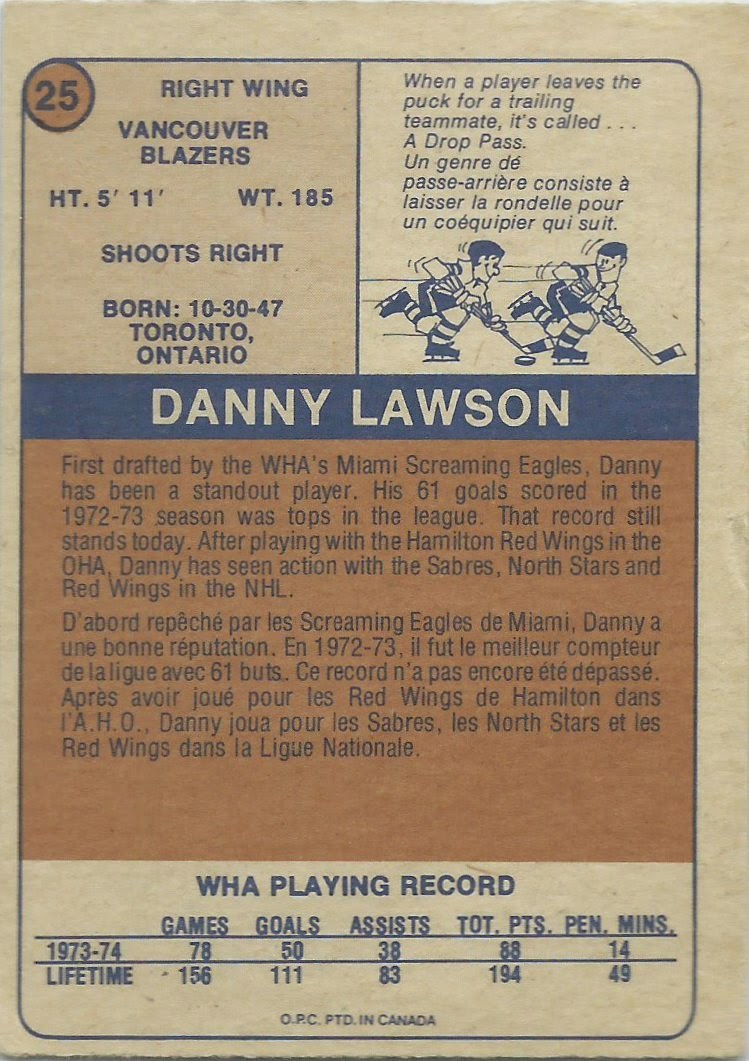 Here is the back side of the card and the first line struck me as being odd. "First drafted by the WHA's Miami Screaming Eagles". What? Miami had a WHA team? Well upon further review, there was intention for there to be a Miami team but because they couldn't get a stadium build etc, they ended up starting in Philadelphia instead of Miami.After one season in Philly, the franchise then moved to Vancouver for two seasons before finally going to Calgary where it met its death in 1977.

Danny Lawson was a fringe NHL player who played a few seasons in the NHL after having a solid junior career. Then he joined the WHA was an offensive star before ending his career at the age of 30. He tried a comeback or two but never could stick anywhere in North America and sadly he passed away at the young age of 61 due to cancer.
Posted by Pro Set Cards at 2:57 PM