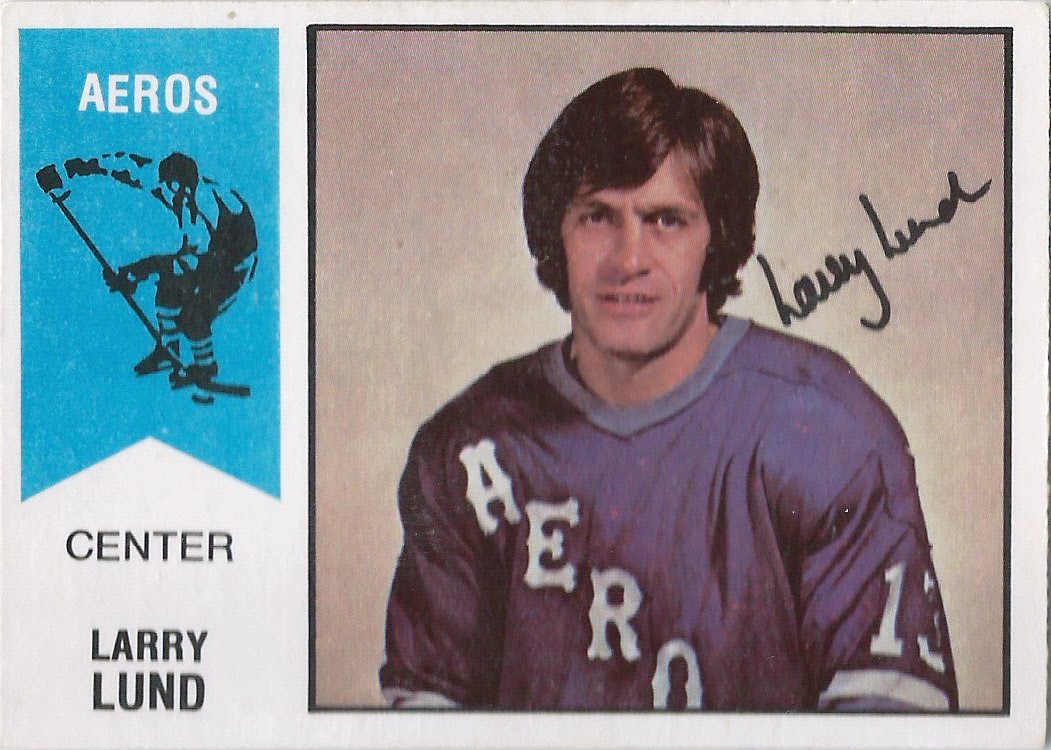 Larry Lund played with Gordie Howe, can you say that? Larry didn't play in the NHL or was ever drafted in the NHL so in that way, Larry is no better than me. Larry was an excellent minor/WHA hockey player and unfortunately he was never able to get himself on with an NHL club and before the WHA was finished, Larry was. 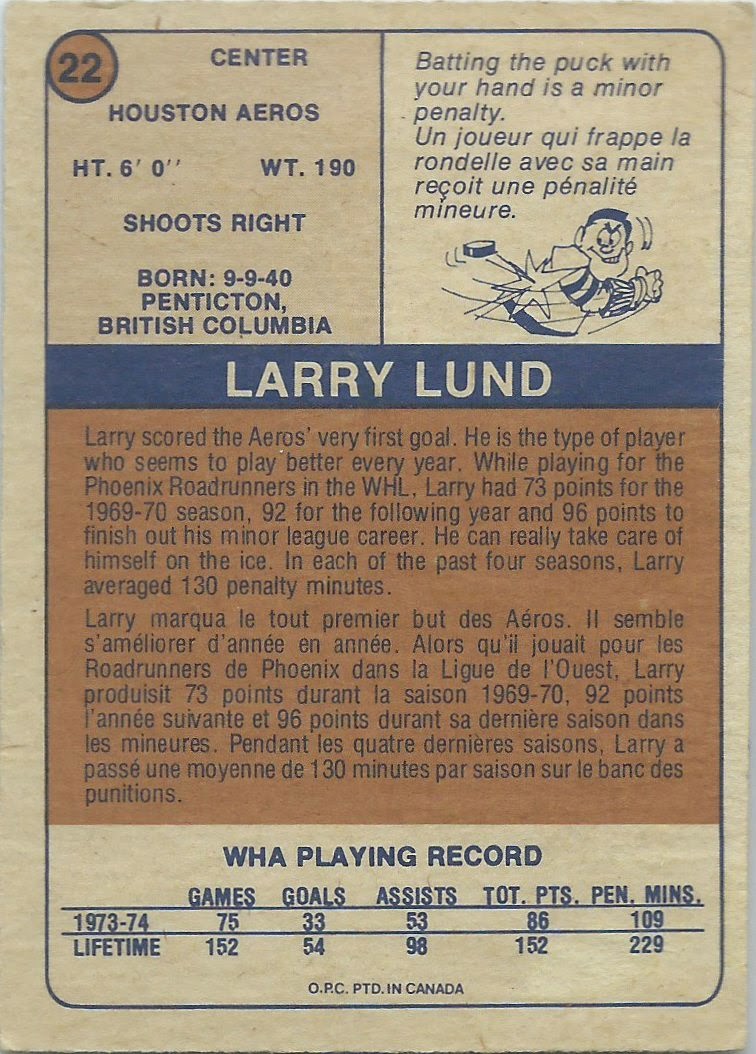 Larry was an offensive forward who peaked in 74-75 with 33 goals and 108 points. During 74-75 Larry actually had more points than Gordie Howe and no one can ever take that away from him. In addition to being in the WHA Hall of Fame, Larry owns a Brew Pub in his hometown of Penticton BC.
Posted by Pro Set Cards at 10:18 AM