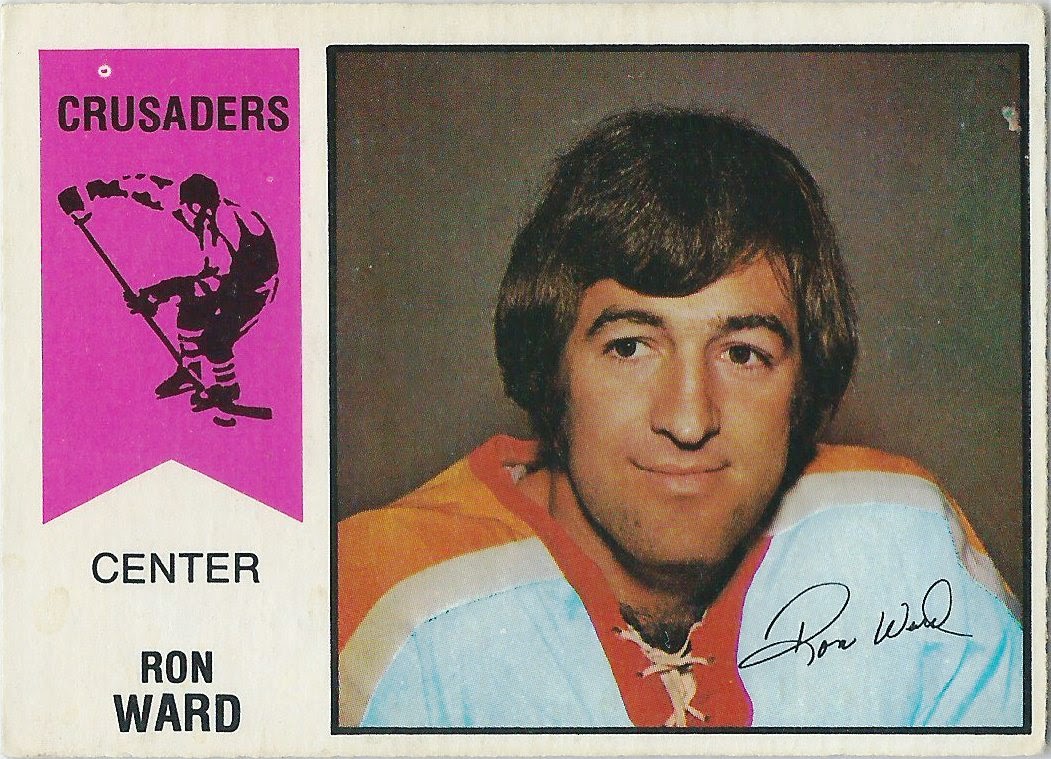 There are two things that Ron Ward did very well in life. The first is evident from this picture as well as from his hockeydb photo. This man knew how to grow body hair better than anyone on the planet. I think based on what appears to be a mohair sweater under his equipment that he could out do Robin Williams. 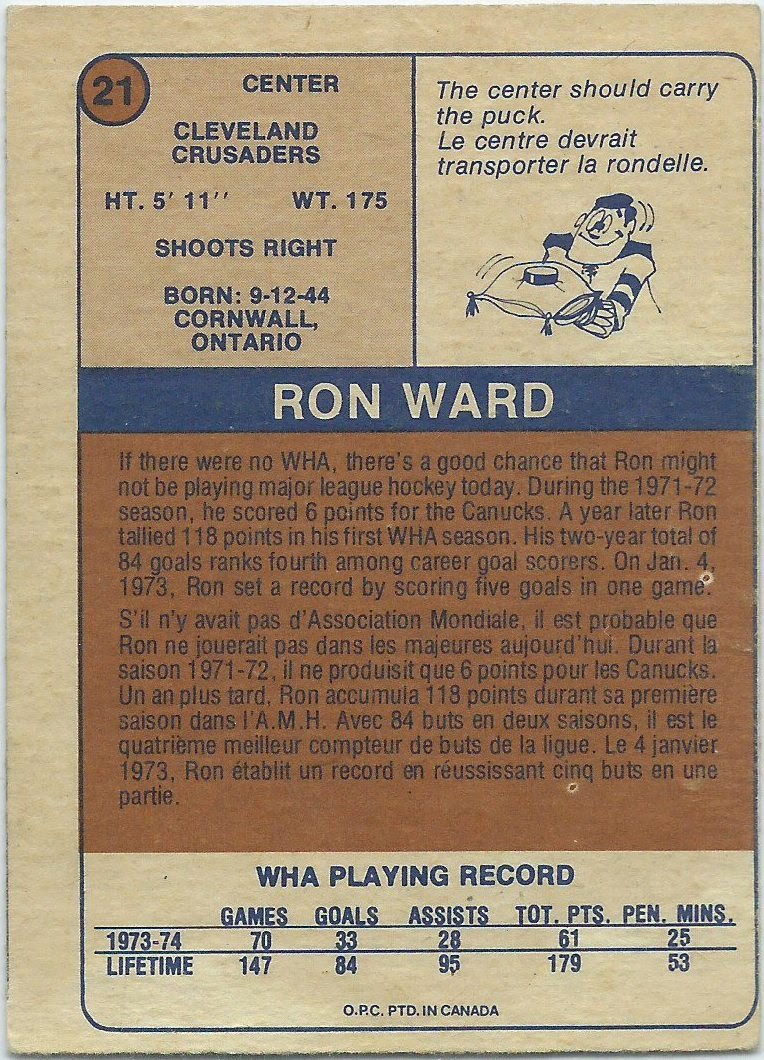 The second thing he did well was rack up points in the minor leagues. Ron had 7 career points in the NHL over 89 games but was averaging more than a point a game in his WHA career. The statement on the back of the card says it all. "If there were no WHA, there's a good chance that Ron might not be playing major league hockey today".
Posted by Pro Set Cards at 9:54 AM